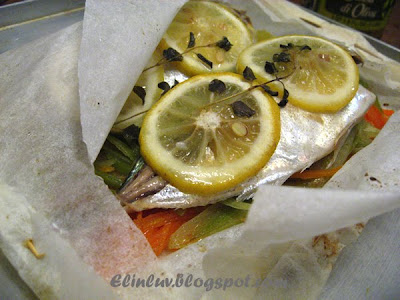 Back to home cooking again after eating out the last few days....Piggy gal missed Ipoh food ,we took her to some of her favourite haunts for dinners thus for the absence of homecooked food posts :)  She has been drooling on my past posts on  'fish on papilotte' and has been salivating over them so I decided to make this for her. She likes fishes of any kind as long as they are fresh. Scad is one of her favourites. This recipe is from the Flavour Magazine ( past issue ) . I love fish cooked in papilotte...it helps seal in the flavors and keep the the fish moist and juicy......mmmm delicious !Bought two fresh Scads ( Ikan Selar ) and baked them in papilotte with leeks and carrots. A simple and nutritious dish. Just sprinkle some pepper and sea salt on the julienne leeks and carrots and the scads...put them in papilotte and baked for 8 -10 minutes in a preheated oven ( 180 º C ) . If you want something easy and yet delicious and not to forget less washing ....I would recommend this...no washing needed except the baking sheet :p  Sea salt is the magical ingredient here...it brings out the sweetness of the veggies and the fish. The fresh oregano is to enhanced the flavor and the lemon removes the fishy scent of the fish.  A beautiful fish dish to serve your guests and family members. 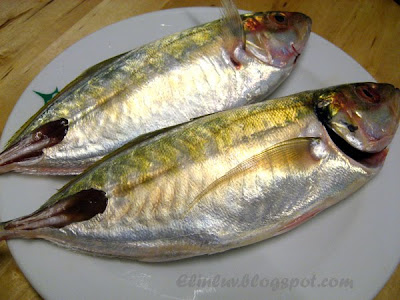 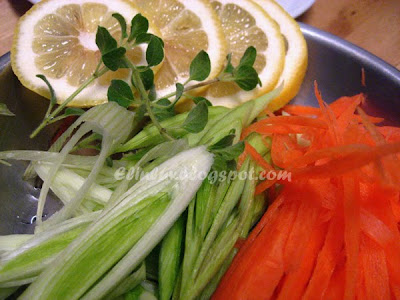 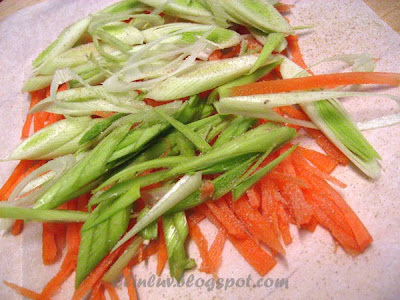 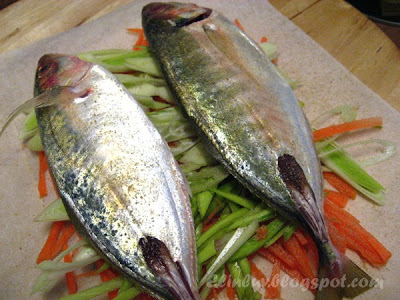 place the scads on top of the julienned veggiessprinkle sea salt and pepper on the scads,drizzle olive oil on the scads 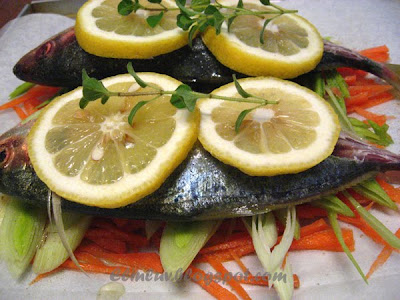 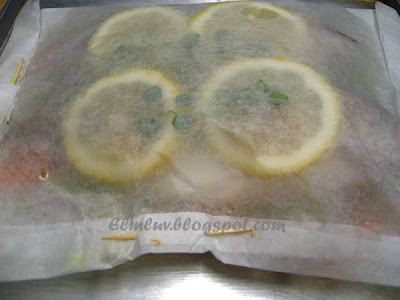 Fold the other side of the greaseproof paper over the scads and  use bambo skewer to seal all edges. Place them on baking sheet and bake for 8-10 minutes on a preheated oven at 180º C 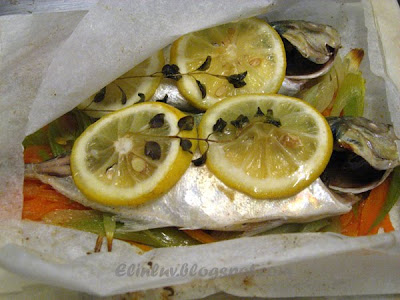 beautiful and aromatic baked scads in papilotte.
A healthy way of cooking fish :)