Horrors From The Silver Tower

Latest batch of figures from the Silver Tower set are the Horrors of Tzeentch. 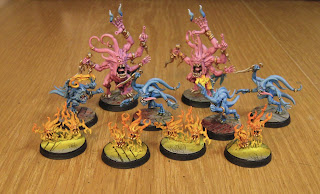 The airbrush got a heavy workout on these guys, which made the project go very quick. Nice, articulated sculpts. A pleasure to paint. And now, more pieces done for the Silver Tower game. I figure I'm about half way through the set now. 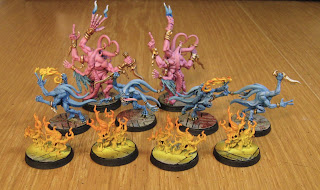 On the Warmachine front, the Mk3 release is imminent. To prepare, I put together another Repenter. Lots of flamethrower goodness. Now if only Privateer would make some nice hard plastic models, instead of these crappy soft resiny-plastic 'jack figures. 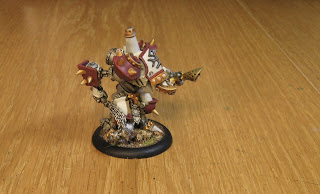 Affection for the great Kings of War rule set continues. Last night Coltman came over for a 2000-point game. His Kingdoms of Men army is composed of Sassanid Persians. 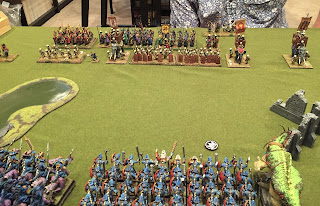