Started digging into the "finish this stuff, dammit" pile and knocked off two figures this week.
First up was Epic Skarre from Cryx. I'm not much for Warmachine fluff, but I get that Skarre is from the "pirate" branch of Cryx, rather than the rusty iron branch that I've been working on so far. As such...a more normal painting method. 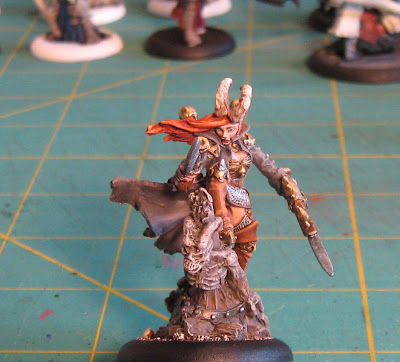 I love the skeleton the sculptor molded in the prow of the ghost ship base. 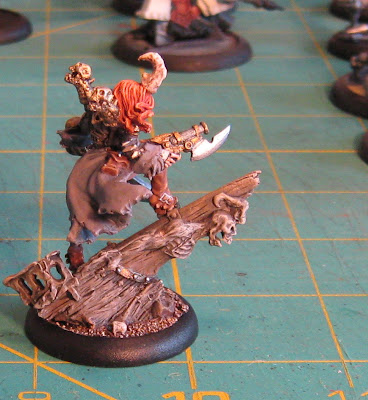 I also finished Epic Kreoss, one of my favorite Menoth 'casters. I've been playing him partially painted for about a year. No longer! 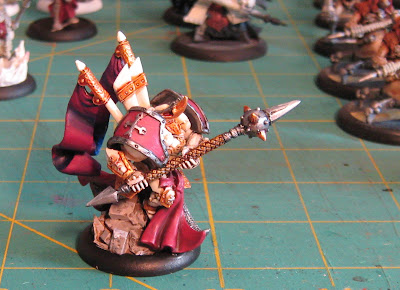 Can't wait to get a Tier 4 list going with this guy. 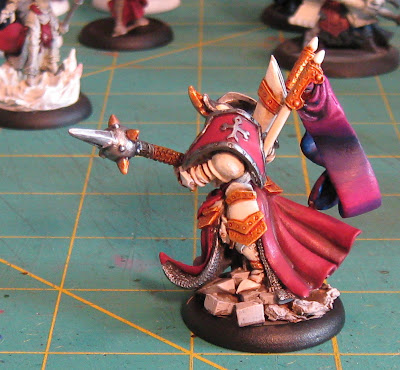 Side note. Happy days! Last week I won a pair of tickets at work to go see the U2 360 concert here in Edmonton. What a spectacle! 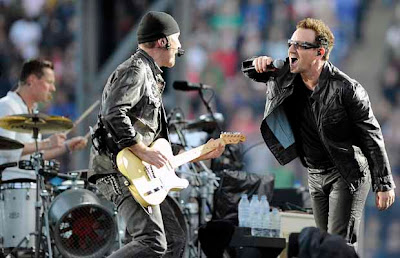 Well, I'd still like to work through stuff on the must finish list...so...
'Til next time.